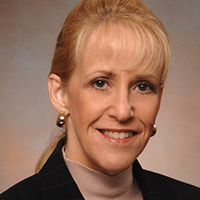 Dr. Mary Lynne Dittmar is President and CEO of the Coalition for Deep Space Exploration, an industry trade group supporting human exploration, science, commerce, and American leadership in space. Under her leadership the Coalition has grown from 5 companies to more than 70 over the past four years and is a recognized source for policy, technical and business information in the aerospace and defense sector.

Earlier in her career Dr. Dittmar managed the mission operations group for
The Boeing Company on the International Space Station Program. Later,
she acted as a special advisor to the NASA Astronaut Office before her
appointment as Boeing Chief Scientist for Commercial Utilization of the
ISS. More recently she was Senior Policy Advisor to International Space
Station National Laboratory. She has also served as a senior advisor to
NASA, the DoD, and the FAA.