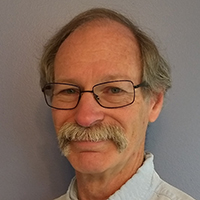 Dr. Noel Duerksen has a Bachelor’s, Master’s and Ph.D. in Aerospace Engineering from Wichita State University.  He has authored papers concerning advanced flight control concepts for general aviation including the use of neural networks and fuzzy logic systems.  He has been a professor for flight dynamics at Wichita State and supervised several NASA and FAA funded university project as an industry advisor.

Dr. Duerksen worked at Beech Aircraft as a Test Pilot and Advanced Design Engineer for 23 years and became an Engineering Fellow.  Notable projects as Test Pilot were the Starship, Beechjet and a fly-by-wire Bonanza with automatic landing for which he was the project engineer, algorithm developer and programmer.

Dr. Duerksen worked at Garmin for 14 years as an Automatic Flight Controls Engineer, Test Pilot and Staff Engineer where he was instrumental in developing Garmin’s avionics systems including synthetic vision, FMS, autopilot, auto throttle, under speed protection, Electronic Stability and Protection system and Fault Tolerant Architecture.  He was also the technical lead for the Emergency Autoland system and developed several of the underlying algorithms.

Dr. Duerksen is now a consultant working with the FAA and NASA to develop a certification path for advanced cockpit concepts.