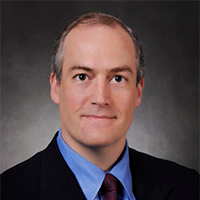 Steve is currently the Director of Flight Sciences for Boeing Commercial Airplanes.

In November of 2013, Steve was named the 787 Regional Fleet Director. In this role he serves as an extension of the 787 Fleet Chief to provide dedicated executive communication and focus for the customers in his region. He is responsible to lead fleet reliability improvement efforts and to support new customer introductions. He is responsible for supporting customers in for Africa, the Middle East, and India.

In July of 2012, Steve assumed the role of 767 Chief Project Engineer. In this position, he was responsible for design approval, certification strategy, product integrity, and safety for the 767 commercial models. In addition to these assignment, he worked closely with the KC-46 program to maintain alignment with the commercial models.

Steve’s previous assignment was Senior Manager for Configuration Aerodynamics. Named to this position in June of 2010, he had functional and process responsibility for aerodynamic lines development, lift and drag prediction, aerodynamic database development, and aerodynamics support for manufacturing and in-service operations.

Prior to this, Steve worked in Boeing Test & Evaluation (BT&E) in the Flight Test organization. He joined the flight test team in 2008 as Supervisor for the Performance Aerodynamics Analysis group, and was promoted to 787 Deputy Test Program Manager in June 2010.

In 2002, Steve became High Lift Lead Engineer in the Enabling Research and Technology organization. Here he led teams in the development of automated Navier-Stokes computational fluid dynamics techniques for high lift and led investigations for the advancement of high-lift, cryogenic, flight-Reynolds-number test techniques.

Steve joined the Boeing Company in 1994 hiring into the 767 aerodynamics group to work on the 767-300ERY program. After gaining experience on the 747-MD and 767-400 programs, Steve served as the high lift aerodynamics focal on the 777-200LR/300ER program. In addition to these duties, he led a cross functional team that developed the Tail Strike Protection control law used on the 777-200LR/300ER models and included in the 787 control laws.

Steve started his career in 1992 when he joined the Aerodynamics Technology group at McDonnell Douglas in Long Beach California.

Born in New York, raised in Illinois and New Hampshire, Steve currently lives in Snohomish, Washington with his wife and daughter. In his all too scarce spare time, he enjoys mountain climbing and woodworking.