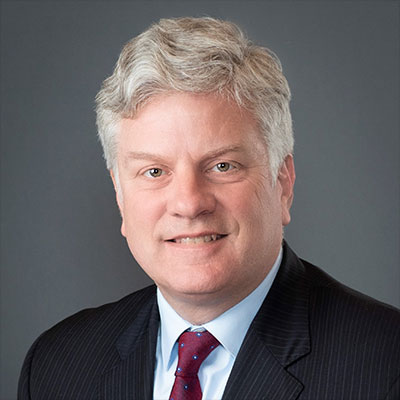 Dr. Steven H. Walker is Vice President and Chief Technology Officer of the Lockheed Martin Corporation, where he is responsible for the company technology strategy, global research, mission development, and emerging operations technologies. He assumed the role in January 2020, and under his direction the organization is shaping the next era of operational capability and innovation for Lockheed Martin. As the primary liaison to the US and international science and technology community, he manages strategic partnerships with government, industry, and academia to ensure the maturation and deployment of cutting-edge technologies.

Prior to joining Lockheed Martin, Dr. Walker was the Director of the Defense Advanced Research Projects Agency (DARPA) where he was responsible for driving development of emerging technologies for use by the military. Throughout his 30+ years in government, he also served in a variety of increasingly responsible positions as DARPA’s Deputy Director and Deputy Assistant Secretary of the Air Force for Science, Technology and Engineering. In the later role he was responsible for developing the technology investment strategy for the Air Force’s annual $2 billion science and technology program and for providing functional management of more than 14,000 military and civilian scientists and engineers.

Dr. Walker is a Fellow of the American Institute of Aeronautics and Astronautics; he received the AIAA Hap Arnold Award for Excellence in Aeronautical Management in 2014. He has also been awarded the Presidential Rank Award, the Air Force Meritorious Civilian Service medal, and the DoD Exceptional, Meritorious, and Distinguished Civilian Service medals. In Feb 2020, Dr. Walker was elected as a Member of the National Academy of Engineering. He holds a Ph.D. and B.S. in aerospace engineering from the University of Notre Dame, and an M.S. in mechanical engineering from the University of Dayton.