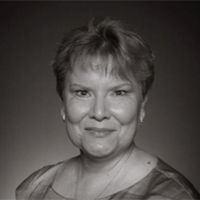 Ms. Teresa Kline is a program manager within NASA’s Office of the Engineer. In her role, Ms. Kline represents the Office of the Chief Engineer in the Agency’s efforts in model-based engineering, model-based systems engineering, and digital transformation. She also leads and advises several teams in these efforts, as well as an effort at identifying engineering tools, to provide the Agency with the ability to consolidate and provide a common tool set for use within the engineering community.

Prior to this role, Ms. Kline was the Associate for Strategy in the Programs Office at NASA’s Armstrong Flight Research Center, in Edwards, California. Ms. Kline led discussions

on strategy for the Center, advising the Director of Programs. Ms. Kline previously was detailed to the Office of the Chief Technologist, where she supported the development of the Agency’s roadmaps, which were published in 2015. She also was the liaison to the National Academies of Science, Engineering, and Medicine in the development and execution of several meetings, culminating in a workshop on innovation. Ms. Kline transferred to Armstrong Flight Research Center in 2007, as the Deputy Director for Aeronautics. She also held positions in business development at AFRC. Prior to hertransfer to AFRC, Ms. Kline was employed at NASA’s Glenn Research Center, working in propulsion- related testing in aeronautics and space.

Ms. Kline began her career with the US Army Research Laboratory, formerly Aviation Systems Command, which had offices at Glenn Research Center and Langley Research Center. In her 15 years with the Army, Ms. Kline analyzed and tested every engine supporting the Army at that time, including the certification of the T800 and the design of the LV100 for the M1A1 Abrams tank.