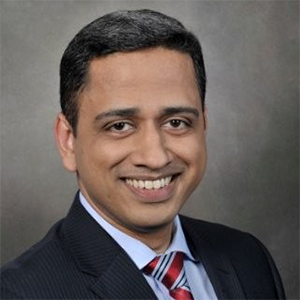 Vishwa Uddanwadiker is the Vice President for Aerospace Safety Analytics since Jan 2021 and is responsible for the data analytics strategy and execution for the Chief Aerospace Safety Office. Before this role, Vishwa was the Vice President and Integrated team leader for the Probabilistic Analytics team within the Confident Travel Initiative (www.boeing.com/confident-travel). In this role he led a multidisciplinary team of experts to develop data driven insights to minimize disease transmission during air travel.

Before joining Boeing, for about seven years, Vishwa was the Delivery Manager for IT applications for Honeywell Aerospace based in Bangalore, India. Before Honeywell, he worked as an IT Consultant with Cambridge Technology Partners.

Vishwa is an alumnus of the second batch of Boeing’s Leaders for Second Century (L4SC) program. He is one of the Boeing Executive Sponsors for the relationship with SASE (Society of Asian Scientists and Engineers). Additionally, he served on the Advisory Board of the MSIS program at the Foster School of Business at the University of Washington from 2014-2020. He holds an Engineering degree with Honors in Computer Science from BITS, Pilani, India and an MBA from the Indian Institute of Management (IIM) at Ahmedabad, India.