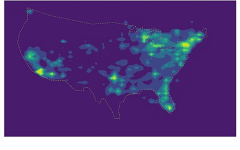 Many complex engineering systems, such as the next generation (NextGen) national air transportation system are expected to have access to a multitude of new aviation data sources ranging from pilot-controller voice and data communications, higher-frequency airborne and surface surveillance data, high-frequency weather forecasts, and aircraft health data. Several critical challenges exist for systematic integration and interpretation of the enormous amounts of information enhancing the safety and efficiency of the national airspace system (NAS) operations. For example, it is anticipated that the myriad of information offered by various data sources in the future will require appropriate representation, fusion and decision methodologies. Furthermore, a large amount of uncertainty is associated with this information arising from various sources such as aeronautical instrumentation, environment, intrinsic variabilities, and human factors relevant for safety. Complex system safety modeling of multiple failure modes (e.g., loss of separation, mechanical and electrical sub-system failure, miscommunications, human-automation errors, and weather-related hazards) with largely unknown uncertainties is extremely valuable for the safe transition of the present NAS to NextGen concept of operations.

WHO SHOULD ATTEND: This course is intended for engineers, scientists, and students with a background in engineering who are interested in learning about air traffic management, safety engineering, machine learning applications, uncertainty quantification, risk assessment, and optimization and control.


CONTACT: Please contact Lisa Le or Customer Service if you have any questions about the course or group discounts (for 5+ attendees).

Materials
COURSE DELIVERY AND MATERIALS CANCELLATION POLICY: A refund less a $50.00 cancellation fee will be assessed for all cancellations made in writing prior to 5 days before the start of the event. After that time, no refunds will be provided.
Instructors

Dr. Yongming Liu is a Professor in mechanical and aerospace engineering at Arizona State University and is the founding director of the Center for Complex System Safety – a state-sponsored center of Arizona State University, University of Arizona, and Northern Arizona University. He completed his PhD at Vanderbilt University in 2006 and obtained his Bachelors’ and Masters’ degrees from Tongji University in China in 1999 and 2002, respectively. Dr. Liu’s research interests include prognostics, probabilistic methods, fatigue and fracture, imaging-based experiments, and Bayesian methods. He is the recipient of the Air Force Young Investigator Award in 2011 and has worked with a wide variety of governmental agencies and industrial partners for his research, including NASA, NSF, DOE, DOT, and DOD. He is currently leading a NASA University Leadership Initiative project on information fusion for air traffic management, which focuses on the development of probabilistic learning methods with extensive data resources for air transportation safety assurance.

Dr. P. K. Menon is currently serving as the Chief Scientist and CEO of Optimal Synthesis Inc., a high-technology aerospace company he founded in 1992. At Optimal Synthesis, Dr. Menon has been leading research efforts in developing algorithms and software for next-generation air traffic management systems, advanced estimation, guidance and control technologies for flight vehicles, machine vision and speech recognition for aviation and evolutionary-algorithms based Artificial Intelligence. Previously, Dr. Menon served as an Associate Professor of aerospace engineering at the Georgia Institute of Technology, as a visiting scientist at NASA Ames Research Center, and as a Research Professor at the Santa Clara University. Dr. Menon started his career as a Mission Analyst at the Indian Space Research Organization. Over the past four decades, Dr. Menon has received research support from NASA (Ames, Armstrong, Glenn, Langley), Navy (NSWCDD, NAWCAD), the Missile Defense Agency, Air Force (AFRL-Kirtland AFB, AFRL-Eglin AFB, AFSEO), DARPA and the Army (Research Office, Flight Dynamics Directorate, Space and Missile Defense Command). He has published over 200 papers in professional journals and at national and international conferences. Dr. Menon has received multiple research awards from NASA, IEEE and the AIAA. He has served as an Associate Editor of the Journal of Guidance, Control, and Dynamics, and the IEEE Transactions on Control System Technology. He is a Fellow of the AIAA, a Senior Member of the IEEE, a member of Sigma Gamma Tau, and a member of Sigma Xi. Dr. Menon received a Ph. D. in aerospace engineering from Virginia Polytechnic Institute and State University in 1983, Master’s degree in aeronautical engineering in 1975 and a Bachelor’s degree in mechanical engineering in 1973.

Dr. Nancy Cooke is a professor of Human Systems Engineering at Arizona State University and directs ASU’s Center for Human, AI, and Robot Teaming. She received her PhD in Cognitive Psychology from New Mexico State University in 1987. Dr. Cooke is a past President of the Human Factors and Ergonomics and recently chaired a study panel for the National Academies on the Enhancing the Effectiveness of Team Science. Dr. Cooke was a member of the US Air Force Scientific Advisory board from 2008-2012. She currently serves on DARPA’s Information and Science Technology Study Group and is a member of the National Academies committee on Risk Analysis for Nuclear War and Nuclear Terrorism. Dr. Cooke’s research interests include the study of individual and team cognition and its application to the development of cognitive and knowledge engineering methodologies and human-AI-robot teaming in defense operations, urban search and rescue, and distributed space operations. Her work is funded primarily by DoD.

Dr. Pingbo Tang is an Associate Professor in the Department of Civil and Environmental Engineering at Carnegie Mellon University. He obtained his bachelor's degree in Civil Engineering in 2002 and his master's degree in Bridge Engineering in 2005 from Tongji University, Shanghai, China. He obtained his Ph.D. from the group of Advanced Infrastructure Systems (AIS) at Carnegie Mellon University in 2009. He is an expert on civil infrastructure operations and human systems engineering for civil infrastructure operational safety (e.g., airport operation safety, nuclear power plant outage control). Prof. Tang’s research explores remote sensing, human systems engineering, and information modeling technology to support the spatiotemporal analyses needed for the effective management of construction sites, constructed facilities, and civil infrastructure systems. He won best paper awards at multiple conferences, the National Science Foundation CAREER Award in 2015, and the Daniel W. Halpin Award for Scholarship in Construction from the American Society of Civil Engineers in 2020.

Dr. Hao Yanis an Assistant Professor in the School of Computing and Augmented Intelligence at ASU. He received his BS degree in Physics from the Peking University, Beijing, China, in 2011. He also received a MS degree in Statistics, a MS degree in Computational Science and Engineering, and a PhD degree in Industrial Engineering from Georgia Institute of Technology, Atlanta, in 2015, 2016, 2017, respectively. His research interests focus on developing scalable machine learning algorithms for large-scale spatio-temporal data structures to extract useful information for the purpose of system performance assessment, anomaly detection, intelligent sampling and decision making. Dr. Yan’s research explores spatio-temporal learning algorithms, Bayesian analysis, large-scale tensor methods, and deep learning for the decision support systems for complex manufacturing systems, transportation systems, and energy systems. Dr. Yan has worked with a wide variety of governmental agencies and industrial partners for his research, including NASA, NSF, DOE, and DOT.Dr. Yan was also the recipient of multiple awards including best paper award in IEEE TASE, IISE Transaction and ASQ Brumbaugh Award. Dr. Yan is a member of IEEE, INFORMS and IIE.

Dr. Aditi Chattopadhyay is a Regents’ Professor at Arizona State University (ASU) and Ira A. Fulton Chair Professor of Mechanical and Aerospace Engineering. She is also the Founding Director of the Adaptive Intelligent Materials & Systems (AIMS) Center at ASU (http://aims.asu.edu). She received her B. Tech (Hons) in Aerospace Engineering from the Indian Institute of Technology (IIT) Kharagpur, followed by M.S. and Ph. D. degrees in Aerospace Engineering from Georgia Institute of Technology, USA. Her research activities span from fundamental concept development to applied projects with immediate benefits to the industry. Dr. Chattopadhyay’s current research areas include multiscale modeling, multifunctional materials and adaptive structures, and systems health management and prognosis. She has been the Principal Investigator on numerous grants and collaborated with defense and government laboratories on significant technical transitions.She has published over 210 journal papers and over 380 other publications (conference papers, book chapters, and NASA Technical Memorandums) and five patents. Her research has led to several academic, research, and best paper awards. She received the Georgia Institute of Technology Council of Outstanding Young Engineer Award and the Distinguished Alumnus Award from the Indian Institute of Technology (IIT). She is the recipient of the Faculty Achievement Award – Excellence in Research, Arizona State University. Dr. Chattopadhyay is a Fellow of American Institute of Aeronautics & Astronautics (AIAA) and a Fellow of American Society of Mechanical Engineers (ASME).

Professor Sankaran Mahadevan (Vanderbilt University, Nashville, TN, USA) has more than thirty years of research and teaching experience in uncertainty quantification, risk and reliability analysis, machine learning, systems diagnosis and prognosis, and decision-making under uncertainty. He has applied these methods to a variety of structures, materials and systems in civil, mechanical and aerospace engineering. His research has been extensively funded by NSF, NASA, DOE, DOD, FAA, NIST, as well as GM, Chrysler, GE, Union Pacific, and Mitsubishi, and he has co-authored two textbooks and 320 peer-reviewed journal papers. During the past decade, he has been at the forefront of academic research on digital twin methodologies for aircraft, rotorcraft, ship structures, and additive manufacturing, funded by FAA, U.S. Air Force, U. S. Army, and NIST. At present, he is extending these concepts to air transportation and power grid systems, funded by NASA and U. S. Department of Energy. Professor Mahadevan is currently President of the Engineering Mechanics Institute and Managing Editor of the ASCE-ASME Journal of Risk and Uncertainty in Engineering Systems. He has served as General Chair of several prominent conferences such as AIAA SDM Conference, AIAA NDA Conference, ASCE Engineering Mechanics and Probabilistic Methods Conferences, and the Annual Conferences of the PHM Society. He is a Fellow of AIAA, Engineering Mechanics Institute (ASCE), and PHM Society.