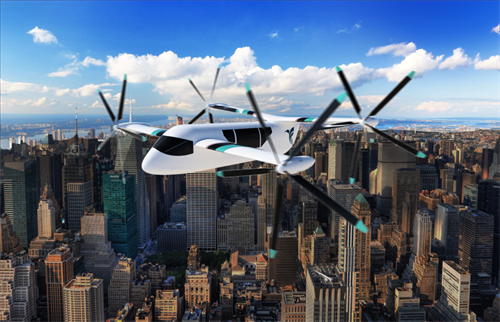 OVERVIEW
Electric vertical takeoff and landing (eVTOL) aircraft are propelled by distributed electric power and are capable of carrying people or cargo. There has been a dramatic increase in interest in these aircraft over the past several years, driven by advances in electric propulsion, digital manufacturing, high-fidelity simulations, and drone technologies (mobile computing and deep learning). However, man-rated aircraft are more complex than drones, and require more than a clever combination of scaled-up components from the consumer electronics and automobiles industries. Maturation of eVTOL into a safe, sound, and sensible aircraft require a clear understanding of rotary-wing fundamentals, principles of enabling technologies and timely resolution of its major barriers. The objective of this course is to introduce these fundamentals, technologies and barriers.

This multi-presenter course — featuring pioneering experts from industry and academia — will provide an overview of the unique challenges and opportunities of this new class of vehicles. Both electric and hybrid-electric passenger carrying vertical flight aircraft will be covered for a variety of missions ranging from personal/private use to urban air taxis to regional electric VTOL bizjets.

Outline
OUTLINE
Each module will span two 2-hour sessions, and include exercises and Q&A with the instructor.

Anubhav Datta is a member of the Alfred Gessow Rotorcraft Center (AGRC) and an Associate Professor of Aerospace Engineering at the University of Maryland at College Park. He holds a M.S. and Ph.D. in Aerospace Engineering from Maryland. He re-joined AGRC as faculty in 2016 after nine years at the U. S. Army Aviation Development Directorate (ADD) at NASA Ames Research Center. At Maryland, Datta and his students are focused on future vertical lift barriers through Mach-scale wind-tunnel tests and HPC-based high-fidelity simulations. The research conducted by Datta and his colleagues have led to new fields in VTOL such as Mars Helicopter (2000), CFD/CA (2004), and eVTOL (2012). Over the years his work has been recognized by the VFS Grover E. Bell and Alfred Gessow Awards, NASA Technical Excellence in Publications Award, and U.S. Army and NASA Group Achievement Awards. Datta is the founder and inaugural chair of the VFS eVTOL Technical Committee, Chair of the AIAA Structural Dynamics Sub-committee on Conferences, and Associate Editor of the Journal of the AHS.

Joshua Stewart is a Principal Power Systems Engineer at BAE Systems and a member of the VFS. He has been working in the aerospace industry for over 10 years. Over the last 5 years, Josh has been a technical leader in the development of high-power, high-voltage battery systems for aircraft propulsion at BAE Systems. Josh is involved with the analysis and development of electric and hybrid electric aircraft propulsion systems, including Li-Ion battery storage, high-fidelity battery management systems, high voltage power distribution, motor drives and cables. He has played a critical role in the development of aircraft propulsion solutions for CTOL and eVTOL aircraft. With a strong background in flight-critical avionics and energy storage for ground transit, Josh has been able to apply a broad systems approach to the design of battery systems, including design for thermal runaway propagation and containment. He holds a B.S. degree from Binghamton University and a M.S. degree from Worcester Polytechnic Institute in Mechanical Engineering.

James Baeder is a member of the Alfred Gessow Rotorcraft Center as a Professor of Aerospace Engineering at the University of Maryland at College Park. He is currently the Samuel P. Langley Distinguished Professor at the National Institute for Aerospace. He holds a M.S. and Ph.D. in Aeronautics and Astronautics from Stanford University. He joined the AGRC in 1993 after nine years at AFDD. His research interests are in developing and applying Computational Fluid Dynamic methods to better understand rotor aerodynamics, acoustics and dynamics. He is a pioneer in the development of high-fidelity CFD and aeroacoustic methods and tools for rotorcraft. Currently he is focused on the development of improved CFD algorithms on GPGPU technology, to: capture the details of laminar/turbulent transition; dynamic stall; as well as tip vortex formation, convection and interaction with other surfaces including fuselages, towers or the ground and including adjoint capabilities. Dr. Baeder's research has been funded by Excelon, NASA Ames and Langley, the Army Aeroflightdynamics Directorate, the Army Research Office, the National Rotorcraft Technology Center, NAVAIR and DARPA, with support from the various helicopter companies. Dr. Baeder is a Technical Fellow of the Vertical Flight Society, member of the Acoustics Technical Committee (1996-present), member of the Aerodynamics and Propulsion Area Committee, and Chairs the Innovation and Commercialization Committee of the Business Network for Offshore Wind as well as the National Offshore Wind Innovation Center.

Dr. James Wang has over 30 years of experience in aerospace and high-tech industries. He is an internationally renowned expert in eVTOL aircraft and advanced air mobility. In 2013, WIRED Magazine named Dr. Wang “The Steve Jobs of Rotorcraft” for his ability to think “outside the box” and pushing the transportation technology boundaries for inventing and designing the AgustaWestland Project Zero, the world’s first all-electric VTOL technology demonstrator aircraft. Dr. Wang has held many executive leadership positions, including as Senior Vice President of Marketing and Vice President of R&D at Leonardo Helicopters; led Strategic Sales and worked on numerous helicopter designs at Sikorsky Aircraft. He is the founder of Vtolwerke LLC which provides consulting services in advanced air mobility, eVTOL aircraft designing and problem solving, product development strategizing, and due diligence studies. Dr. Wang is currently a full professor teaching aircraft and eVTOL design.

Dr. Wang received his Bachelor’s degrees in Aeronautical & Astronautical Engineering and in Electrical Engineering & Computer Science from M.I.T., and a Master’s and PhD in Aerospace Engineering from the University of Maryland. After completing his PhD, Dr. Wang started his career at Sikorsky Aircraft, where he was known as one of the most energetic and prolific engineers and managers; he contributed greatly to the Comanche, Black Hawk, Naval Hawk, S-92 and the Variable Diameter Tiltrotor programs.