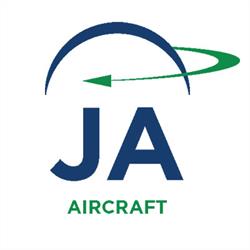 “The fields of aircraft engineering and aeronautics in general are vital to the global transportation system, to national defense, and to the international economy, and their importance is only growing. The Journal of Aircraft is a valuable venue for advancing engineering knowledge, tools,
and methods that are critical to developing new aeronautical concepts, vehicles, and systems to further the field. It is an honor to have been selected as its new Editor-in-Chief.” said Drela.

Drela, an AIAA Fellow, holds a Master of Science in Aeronautics and Astronautics and a Ph.D. in Computational Fluid Dynamics in the Department of Aeronautics and Astronautics with a Minor in Applied Mathematics and Structures from the Massachusetts Institute of Technology. Some of his recent awards and honors include the 2022 ASME IGTI Turbomachinery Committee Best Paper Award, the 2018 AIAA Reed Aeronautics Award, and the 2017 AIAA Theoretical Fluids Best Paper. Drela’s research interests consist of aerodynamics, computational fluid dynamics, design methodology, computation-based design, and low-order modeling of aeromechanical systems.

The Journal of Aircraft is devoted to the advancement of the applied science and technology of airborne flight through the dissemination of original archival papers describing significant advances in aircraft, the operation of aircraft, and applications of aircraft technology to other fields.

About AIAA
The American Institute of Aeronautics and Astronautics (AIAA) is the world’s largest aerospace technical society. With nearly 30,000 individual members from 91 countries, and 100 corporate members, AIAA brings together industry, academia, and government to advance engineering and science in aviation, space, and defense. For more information, visit www.aiaa.org, and follow AIAA on Twitter, Facebook, LinkedIn, and Instagram.