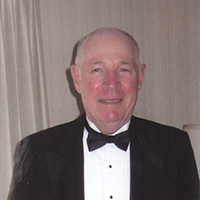 President, FDB Associates - Jan/1992 - Present
Mr. Boensch provided the Air Force Research Laboratory with Technical Assistance in the areas of High Temperature Structures, Structural Health Management, Program Management and Program Development for advance metallic structures, hypersonics and aging aircraft. He developed and executed a plan for the Oak Ridge National Laboratory’s Manufacturing Technology Division to expose their technology to and partner with the aerospace industry utilizing those available at Oak Ridge. Mr. Boensch also provided a hypersonic state of the art review to the Institute for Defense Analysis. Currently he is the DARPA structures lead for the Advanced Full Range Engine (AFRE) propulsion system for hypersonic vehicles.

USAF Structures Engineer – 1958 - 1992
Previously, Mr. Boensch was in the initial cadre of the National AeroSpace Plane Joint Program Office. As the Deputy Director of Airframe, he was responsible for the adequacy of the initial contractor developed configurations. He later became the Director of Consortia responsible for a $135M program which developed the structures, materials and manufacturing technologies necessary to build the X-30. Finally, he became the Director of Technology.
Mr. Boensch was Program Manager for the X-24C, a joint USAF/NASA research vehicle. He was Project Engineer on a series of hypersonic vehicle (FDL-5) structural concepts. He successfully developed ceramic nose caps, leading edges and reusable metallic heat shields for high L/D vehicles.

Early in his career, Mr. Boensch was a test engineer in the USAF Structures Test Facility. He was Project Engineer for the most complex elevated temperature test ever done in the test facility by heating a wing-fuselage section of the original USAF Aerospace Plane to 2000F using fuel simulant and loads simulating lift off to orbit and re-entry.  Additionally, he was the heating test engineer for the X-20 (2000F) as well as the B-58 (250F over 70% of the aircraft exterior).