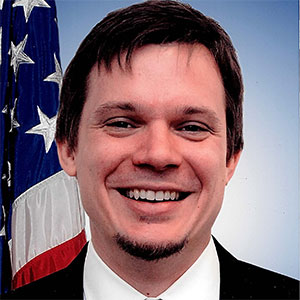 Dr. James (Jim) Hileman has served as the Chief Scientific and Technical Advisor for Environment and Energy (FAA) since 2011. In this capacity, he serves as the agency’s technical expert for research and advanced technology development in the areas of environment and energy. He has responsibility for the environment and energy research portfolio of the FAA, which includes the Continuous Lower Energy, Emissions and Noise (CLEEN) Program; the Aviation Sustainability Center (ASCENT), the FAA Center of Excellence for Alternative Jet Fuels and Environment; and the Commercial Aviation Alternative Fuels Initiative (CAAFI), among other efforts.

In addition to being a Chief Scientist for the FAA, Dr. Hileman holds leadership roles in the International Civil Aviation Organization (ICAO) Committee on Aviation Environmental Protection (CAEP), the body responsible for setting international noise and emissions standards for aviation as well as overseeing the Carbon Offsetting and Reduction Scheme for International Aviation (CORSIA). He is currently the Co- Rapporteur of the CAEP Fuels Task Group (FTG). He has also been the co-rapporteur of the CAEP

Prior to joining the FAA, Dr. Hileman was a Principal Research Engineer within the Department of Aeronautics and Astronautics at MIT. His work focused on alternative jet fuels and innovative aircraft concepts that could reduce the impacts of aviation on noise, air quality and global climate change. While at MIT, Dr. Hileman served as the Associate Director of the Partnership for AiR Transportation Noise and Emissions Reduction (PARTNER), the FAA Center of Excellence that preceded ASCENT. He was also the Chief Engineer on the Silent Aircraft Initiative, a joint undertaking of MIT and Cambridge University. During this time, he received a Royal Society grant to be a visiting scholar at the Cambridge University Engineering Department. Dr. Hileman is an Associate Fellow of the American Institute of Aeronautics and Astronautics. He holds a B.S., M.S., and Ph.D. in Mechanical Engineering from the Ohio State University.