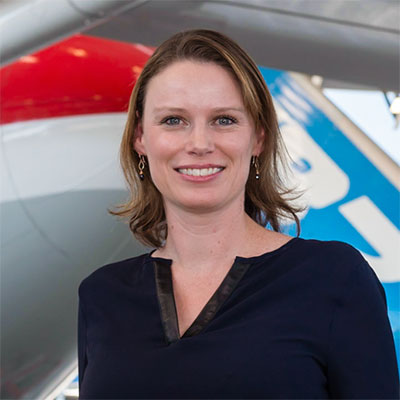 Previously, Hapgood served as the chief operating officer for Initium, a joint venture of The Boeing Company and Safran, which designs, manufactures and services auxiliary power units for the commercial aircraft market.

Prior to that, she was the chief engineer for airplane systems for Boeing’s 767 and 747 airplane programs in Everett, Washington, where she led step-change innovations for Boeing manufacturing such as the first use of augmented reality glasses for Boeing electricians installing complex wiring in the aircraft fuselage.

Hapgood began her Boeing career as a systems engineer with Boeing Australia, and has also served as an avionics project engineer, customer engineer, and in other engineering and program management roles.

She holds a U.S. Patent for her work in Methods & Systems for Managing (Airplane) Computer System Configuration Data. In 2014, she was named as one of Aviation Week Magazine’s “Top 40 Under Forty” rising stars in the aerospace and defense industry.